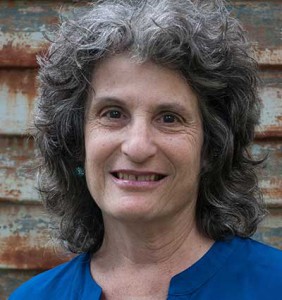 Born and raised in Cleveland, Ohio, Susan Eisenberg is a poet, visual artist, and oral historian, who works within and across genres. Her work re-imagines the everyday, playing with scale and juxtaposition to investigate issues of power and social policy.

After earning the University of Michigan’s first B.A. in Women’s Studies, she moved to Boston where she was introduced to the craft of poetry by Denise Levertov. A graduate of the MFA Program for Writers at Warren Wilson College, Eisenberg taught creative writing for a decade at the University of Massachusetts Boston. She is author of the poetry collections, Stanley’s Girl, Perpetual Care, where poems are combined with fine art photographs to explore chronic illness, Blind Spot, Pioneering, and It’s a Good Thing I’m Not Macho, as well as the New York Times Notable Book, We’ll Call You If We Need You: Experiences of Women Working Construction, a nonfiction book developed into a feature film screenplay (unproduced) by MGM, and re-issued by Cornell in 2018 With a New Preface.

Entering the construction industry in 1978 at the start of affirmative action, Eisenberg was among the first women to become a licensed, journey-level electrician in the International Brotherhood of Electrical Workers (IBEW); and worked fifteen years on Boston-area construction sites. In 1991, she began to interview other tradeswomen pioneers from across the United States. Those oral histories became the basis for We’ll Call You If We Need You and a touring mixed media installation, On Equal Terms, that combines poetry, 3-D mixed media, audio, photography, found objects, witness, and artifacts. As 2016-2017 Twink Frey Visiting Social Activist at the University of Michigan’s Center for the Education of Women, she began to transform the 900-square-foot physical installation into an interactive online exhibition, On Equal Terms: gender & solidarity. Through her writing, art, and activism, she has helped shape the cultural expression and analytical thinking of the tradeswomen’s movement nationally and internationally, speaking at the International Labour Organization in Geneva, Switzerland, the U.S. Department of Labor in Washington, D.C., and the 2018 IBEW International Women’s Conference in St. Paul. She served on the Planning Committee of the First National IBEW Women’s Conference.

Her work has been awarded “Negotiating the Social Contract” and “Freedom and Justice for All” grants from Mass Humanities, as well as grants from the 21st Century ILGWU Heritage Fund, the Berger-Marks Foundation, Puffin Foundation, Poets & Writers, the Samuel Gompers Union Leadership Award from CUNY, and three writing fellowship at Hedgebrook. In 2019, the AFL-CIO gave her an award “in recognition of her decades of work as a trailblazer in the trades” and as an artist whose work “captures the grave injustices and incredible solidarity that define the experiences of tradeswomen. Her art reminds us of our shared responsibility to build equal opportunities throughout the labor movement.”

Currently, she is a Resident Artist/Scholar at the Brandeis Women’s Studies Research Center, where she directs the On Equal Terms Project.